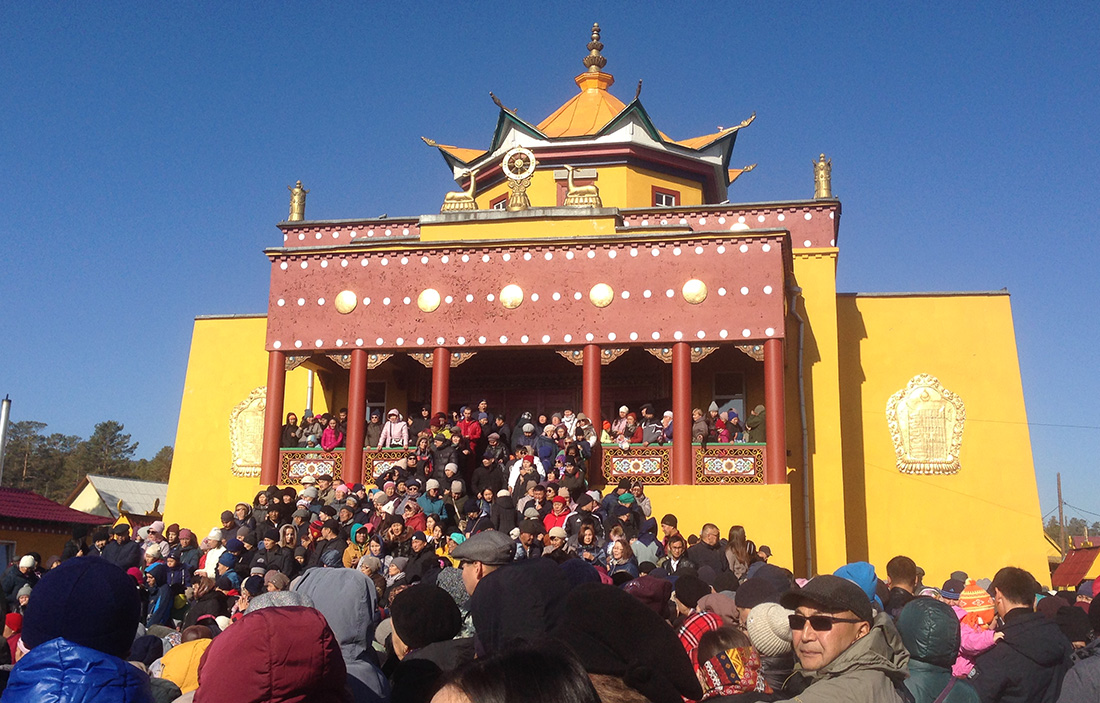 Buryat Buddhism has historically been tightly linked with the rural milieu. Since its spread in the 18-19th centuries, its temples and lamas were initially nomadic, although settled monasteries did form later to serve the nomadizing Buryat population. The spread of Buddhism was brought to a violent halt for much of the 20th century by Soviet anti-religious policies. While the losses were vast, the recent post-Soviet decades have seen a vigorous Buddhist revival, (re)establishing its role in public and private spheres. This religious revival, however, has taken place in a vastly different social context. While Buryats were previously mostly nomadizing herders, over the 20th century much of the Buryat population has moved to the capital city Ulan-Ude, previously a Russian settlement. Buddhism today is thriving under newly urban conditions, but much of its historical, ritual and ideological threads still link it to the previously rural context. Being relatively recent to many Buryats in Russia, the urban setting has a rather ambiguous status: it is seen as providing opportunity but dangerous, potentially enriching but morally corrupt, a tool of social mobility yet a fall into precariety and misery for others. In this context, many urbanites in Buryatia incorporate Buddhism into their strategies and practices of urban everyday life, be it for preventing misfortunes, conjuring hope or bringing about success. In this talk, I will focus on the ways in which specifically urban environment and life are being “tamed” and managed in post-Soviet Buryat Buddhism through several different means such as channelling the power of rural Buddhism and establishing new religious topographies in the city.