Abstract:
This paper uses the remarkable decade-long collaboration between the Indian palaeobotanist Birbal Sahni (1891-1949) and his Chinese doctoral student Xu Ren (徐仁, 1910-1992) to offer a connected and comparative history of mid-twentieth century scientific activity in China and India. Xu was possibly the first Chinese scientist to earn a PhD from an Indian university (Lucknow, 1946); he was certainly the first Chinese scientist to be appointed to a faculty position in India. Upon his return to China in 1952, he helped set up the Institute of Botany at the Chinese Academy of Sciences in Beijing and carved out a distinguished career. Sahni and Xu’s attempts to build transregional Asian networks of scientific activity, characterized by the circulation of experts, scientific knowledge, technologies, and specimens, provide the grounds for considering a practice of Pan-Asianism. Such a formulation adds to existing work on the Pan-Asianist articulations of intellectual and political figures and urges for an expansion of the ways in which we understand scientific activity across China and India from the 1930s to the 1960s. In so doing, the paper makes two historiographical interventions. In the first instance, their collaboration presents an opportunity to move beyond the two dominant frames through which histories of science in China and India are studied: the nation state and Non-West/West binaries. At the same time, a focus on science also widens the scope of China-India history, a field that is still typically dominated by studies confined to cultural, intellectual, and diplomatic realms. 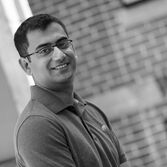 Biography:
Arunabh Ghosh (BA Haverford; PhD Columbia) is a historian of twentieth century China with interests in social, economic, and environmental history, (transnational) histories of science and statecraft, and China-India history. He is currently an Associate Professor in the History Department at Harvard University. Ghosh’s first book, Making it Count: Statistics and Statecraft in the early People’s Republic of China, 1949-1959  (Princeton University Press, 2020), offers new perspectives on China’s transition to socialism in 1949 by investigating an elemental but hardly elementary question—how did the state build capacity to know the nation through numbers? He is currently working on two new projects: a history of small hydro power in twentieth century China and a history of China-India scientific connections, ca. 1920s to 1980s. Ghosh’s work has appeared in the Journal of Asian Studies, Osiris, BJHS Themes, EASTS, PRC History Review, and other venues.

The webinar is jointly hosted by India-China Conjunctures and Heidelberg Centre for Transcultural Studies. It is open to the public but requires registration
Register here.
Trans-Himalayan Science in Mid-Twentieth Century China and India
+ Google Calendar+ iCal Export